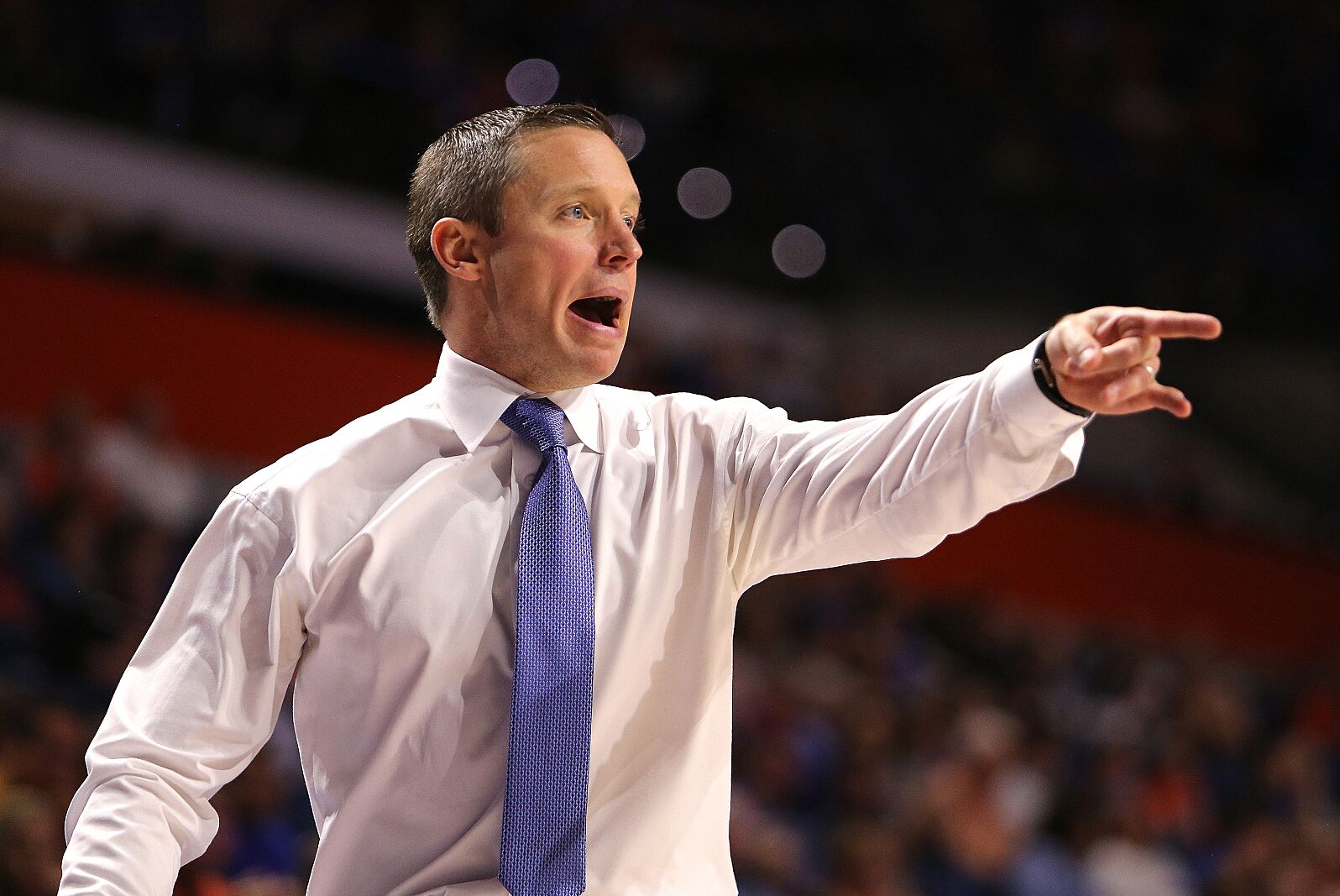 GAINESVILLE, FL – DECEMBER 22: Head Coach Mike White, hired Armon Gates to be his new Assistant a month ago. It did not work out and now Gates is headed to Nebraska (Photo by Alex Menendez/Getty Images)

Florida basketball is expected to be ranked in the preseason top 10, and this group has all the tools necessary to win their first national title since 2007.

Florida basketball has quietly been one of the country’s best programs over the past decade, reaching the Elite Eight five times since 2011, including the Final Four in 2014. Head coach Mike White led the most recent Elite Eight team in 2017, but the program enters the 2019-20 season with its highest expectations since Joakim Noah, Al Horford, and Corey Brewer opted to return to school.

When the AP preseason poll gets released, Florida is expected to find themselves in the top 10. They return three of their top six scorers, welcome in the nation’s No. 8 recruiting class headlined by a pair of five-star prospects in Scottie Lewis and Tre Mann, and landed the most coveted grad transfer on the market in Kerry Blackshear Jr. (who has since been named the SEC Preseason Player of the Year).

The Gators have won at least one NCAA Tournament game each of the last three seasons, but White discussed how much he likes this roster in particular at Florida’s Media Day.

“We’ve got a pretty good roster. It’s a good problem to have. That said, we haven’t even been through a practice yet. We have no idea who’s going to start, who’s going to score for us, who’s going to be our best defensive player. All the ingredients that exist in really good teams remain to be seen with this team. Toughness, maturity, experience, who’s going to lead us, consistency, work ethic. I could go on and on and on. Do I like our roster? Yeah.

“I think our guys know we have a chance to be good, and I think that, again, we’ve got more potential leaders. We’ve got some talent. We do. It’s evident.”

While expectations are high in Gainesville, I think they’re warranted – I think this Florida team has all the ingredients they need to win the national championship. Here’s why I think that will happen:

Next: Explosive backcourt
Next1 of 6Prev post
Use your ← → (arrows) to browse
Event Tickets
Powered by StubHub
Top Stories