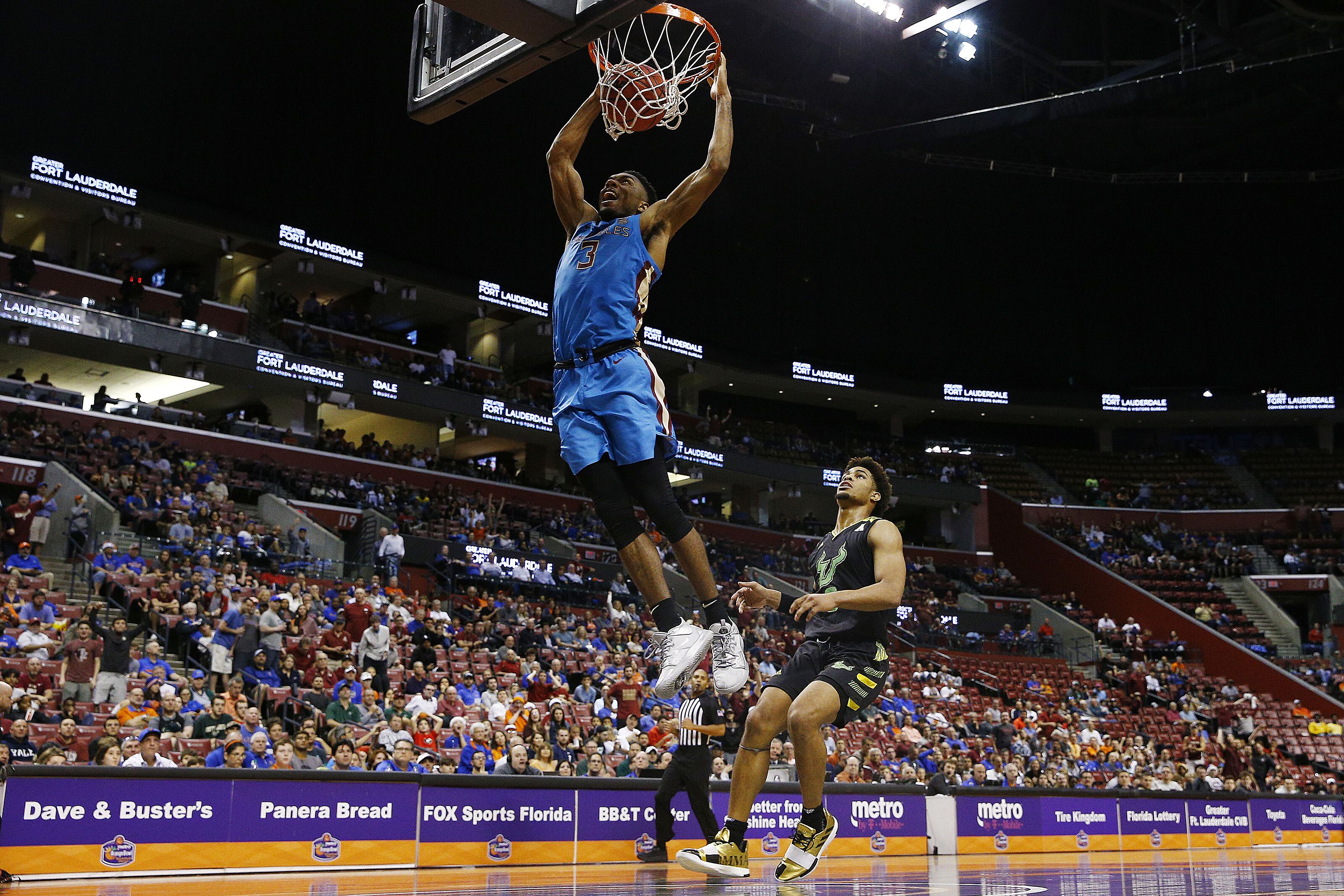 The ACC is in the midst of a down season but there are still a few national title contenders. Florida State basketball is one of those teams.

So much of the narrative surrounding the Atlantic Coast Conference this season has revolved around the bad and the ugly, with little mention of the good. Yes, the conference is down. Yes, the keystone conference for college basketball may only receive a quintet of bids this season. Yes, North Carolina is going to miss the tournament for the first time since 2010.

However, there are still three Final Four potential teams at the top of this conference. That’s right, I said three. Florida State is a national title contender and it’s time that we come to grips with the fact that some of the old cliche’s surrounding this program should be put to bed.

The Seminoles are currently 14-2 overall on the season and 4-1 through their first five games of ACC play. During the non-conference portion of their schedule, they were 3-1 against teams ranked inside the Kenpom Top 60 (Tennessee was decent at the time). They have also already won a conference game at Louisville, who was a popular pick to win the ACC regular-season back in October/November.

According to Erik Haslam’s “quality of record” metric, the Seminoles currently rank 8th in the country. While none of their other ratings really jump off the page, they are simply solid in almost every metric regardless of who you reference.

If you are more of a performance person than a metrics person, let’s take a look at their NET profile. Florida State currently ranks 15th in the NET and 6th in RPI. I realize RPI is no longer used to evaluate teams in regards to the committee, but more information is better.

They have yet to stumble against any Quadrant 3 or 4 opponents and are 5-2 against Q1+2 opponents. Their only stumbles away from home were their season-opening game at Pittsburgh and their ACC/B1G Challenge game in Bloomington. Both okay, both forgivable.

So that is a look at what has happened to this point, but why should we believe they are a contender moving forward? Let’s take a look.

Next: Coaching
Next1 of 5Prev post
Use your ← → (arrows) to browse
Event Tickets
Powered by StubHub
Top Stories